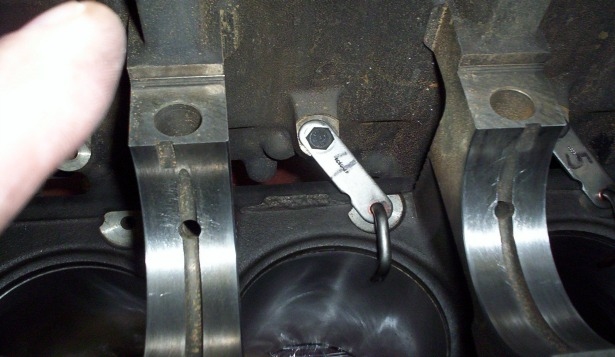 In a previous post I covered Cat 3116 tools and adjustments. This one is all about the rebuild stage. In our fleet we acquired 13 of these engines and a few of them needed rebuilding. This involved removing the entire block. The photos you see in the video above cover the steps required to get this job done.

It was a long process as with any engine rebuild. The cost was high since the cylinder head could not be saved. The reason for the rebuild was the failure of the #5 exhaust valve. These engines did not endure well under hot engine temperatures. The valve separated at the stem and of course was bouncing around on top of the piston doing a lot of damage.

The injector tip would get broken off and there would be clouds of diesel exhaust along with a dead engine miss. The time it took for the operator to shut the engine down was too late the damage was done and it was tow truck time. I’m not sure why it was #5 cylinder exhaust valve but sure enough that was the one that would pull apart.

Although the video didn’t cover every single step of the rebuild you get a good idea what is involved. I will add he torque specs below for all the operations you saw in the video.

Main Bearings  Torque cap bolt on the tang side of the bearing to 45 ft lbs. Using a Torque angle gauge (or just mark a 90 degree reference) torque the non tang side of the main bearing 90 degrees then the other side.

Torque Connecting rod caps 40 ft lbs then rotate another 60 degrees. Move connecting rod side to side to ensure proper seating.

Piston protrusion allowed .020 – .035 in. Check with depth micrometer. Use a thicker head gasket if necessary. Especially important if the block deck has been machined.

I hope you got something out of this post on some of the procedures required when rebuilding a Cat 3116 diesel engine. I takes some time to get it done but eventually the job comes to an end.

Please leave a comment and to get this post out into the social world please share it using the share buttons on the side or at the top of this page. Thanks a bunch! 🙂